2022/02/08
The working frame is placed on the fermentation tank and can walk back and forth along the track on the tank. The trolley is placed on the working frame, and the tipping parts and hydraulic system are installed on the trolley. During the tipping operation, the working frame advances at a certain speed from the initial end of the fermentation tank, the trolley is stationary relative to the working frame, the tipping parts go deep into the tank, move forward with the whole equipment, and the chain plate rotates continuously, so as to continuously grab the materials in the tank and transport them to the rear for re stacking. After completing a stroke of operation along the tank, the hydraulic system lifts the tipping and throwing parts to a height that is not in contact with the materials, the trolley moves laterally for a wide distance, the work frame retreats to the initial end of the fermentation tank, and then the tipping and throwing parts return to their original position, go deep into the tank and start the next operation. 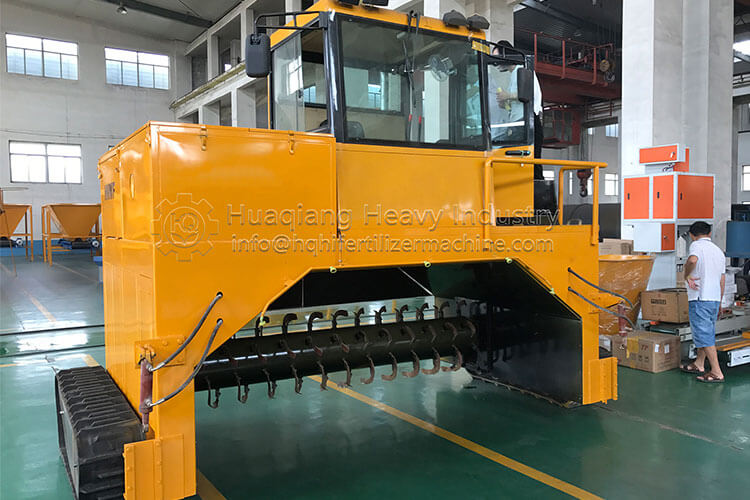 The track type dumper is composed of mixing and shifting parts. When working, it can realize the functions of ventilation, crushing and loosening. It is a common equipment for organic fertilizer production. Under the action of the shifter, the track type dumper can change the compost production from single tank to multi tank fermentation, and can change the tank arbitrarily in multiple tanks to realize the use of one machine with multiple tanks.

Pre:Benefits of building a pig manure organic fertilizer production line in the farm