What equipment does fresh chicken manure need to make fertilizer?

Organic manure production process:
1. Livestock and poultry manure centralized treatment plant or organic fertilizer production enterprises will use special vehicles to collect livestock and poultry manure in each farm regularly, so as to avoid secondary pollution to road surface, and directly enter the fermentation area.
2. After a fermentation, secondary aging stacking. First, the odor of livestock manure was eliminated. In the first fermentation, straw, plant leaves, weed powder and other plant stems and leaves should be added in proportion. At the same time, organic fertilizer fermentation agent should be added to decompose the crude fiber in order to meet the particle size requirements of granulation production. 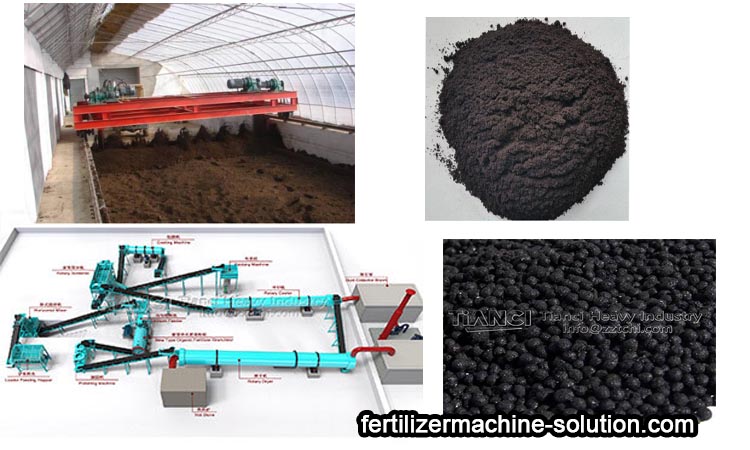 3. The fermented materials which have completed the secondary aging and stacking process are crushed and put into the mixing and mixing system. Before mixing and mixing, N, P, K and other trace elements are added into the mixing mixing mixing system according to the formula, and the mixing is started.
4. The mixed materials are transported to the granulator machine for fertilizer, and the granulated materials enter the cooling system after passing through the dryer. The materials are sieved at room temperature. The grains that meet the requirements enter the coating machine to wrap the coating film and start packaging. The grains that do not meet the requirements are crushed by the pulverizer and then returned to the disc granulation system to continue granulation. Among them, the reasonable combination of fineness of raw materials is very important for the production process of organic fertilizer. The higher the fineness of raw materials, the better the viscosity, and the higher the surface finish after granulation. However, in the production process, the use of super proportion of high fineness materials can easily lead to the problems of too large particles and irregular particles due to too good viscosity.
5. Through the above several procedures, livestock manure has become the main raw material of organic fertilizer, which is directly sold in the market.