2022/02/19
At present, the compound fertilizer blending method of double roll extrusion granulator has developed rapidly both abroad and at home. The main reasons are as follows. 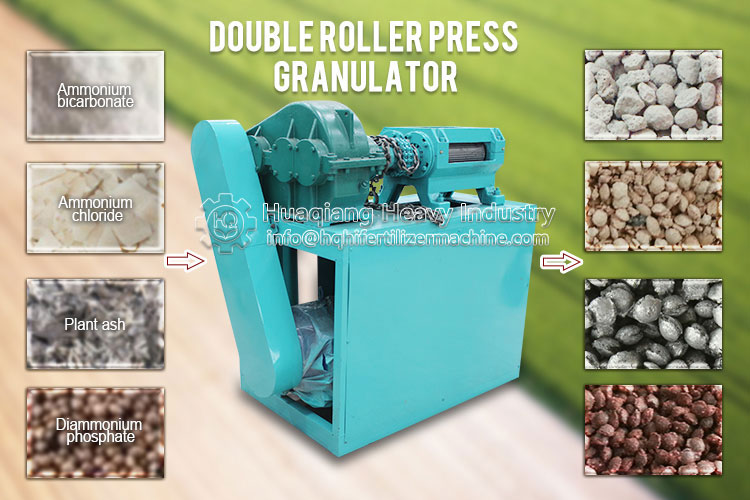 ② Mixed fertilizer is a better physicochemical product of balanced fertilization. According to the principle of balanced fertilization, monoammonium phosphate / diammonium phosphate is used to produce multi-element and full nutrient special fertilizer, with total nutrient of more than 50%, flexible formula and strong pertinence. In addition to nitrogen, phosphorus and potassium, medium and trace elements, herbicides and pesticides can also be added according to the law of crop fertilizer demand and the level of soil fertilizer supply. Soil testing and fertilization can make the nutrients in the fertilizer absorbed and utilized by crops to a great extent, so as to reduce the cost of fertilization and the impact on the environment caused by excessive nutrient dispersion or loss.